Mayan Gods and their Stories
the symbolism behind

Mayans had a complex pantheon that evolved through time. For those that don’t know, a pantheon are all the gods collectively of one civilization. It is estimated that they had somewhere between 166 and 250 gods that oversaw different spheres of their lives. Depending on the period and the circumstances, these gods often shifted between genders, age, whether they are evil or good, etc. The regions where these gods were worshipped are today falling in Yucatan, Campeche, Quintana Roo, Tabasco, Guatemala, Belize, Honduras, and more. According to Mayans, the gods controlled every aspect of their lives: the weather, the harvest, birth, death, and everything in between. Their worship would go so far that since the gods were depicted with crossed eyes, mothers would dangle a bead from the forehead of their babies to make their eyes crossed.

Since there are so many gods, it would be a bit too much to mention all of them. Instead, we will mention some of the most interesting stories/purposes.

Itzamna is one of the most popular gods in Mayan history. He was considered to be the king of heaven and night and day. He was believed to rule with immense knowledge which is why he was often portrayed as an old man without teeth. Mayans perceived him as a cultural figurehead that laid down the foundations of civilization. His wife was the goddess Ix Chel with whom he had many Mayan god children. 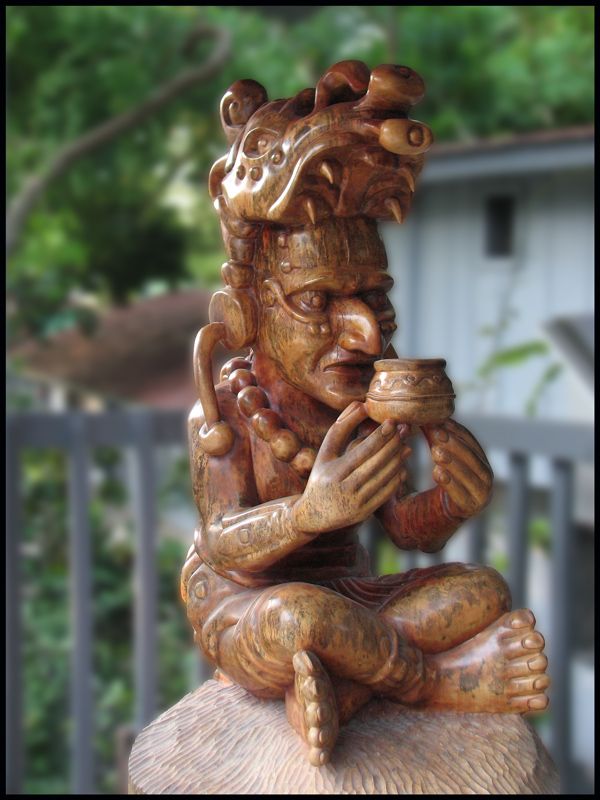 Ah-Cuxtal was the god of birth. His role was to safely deliver the newborn babies to the earthly realm in both physical and spiritual sense. The name Ah-Cuxtal means “come to life”. After he would deliver a baby, he would wash his hands and proceed to the next baby. Usually, other civilizations put a goddess in charge of childbirth, but Mayans are always a bit different.

Ix Chel is associated with the moon, weather, children, health. Most known as the Mood Goddess. She has been portrayed in different ways which we said is normal for the Mayan pantheon. Known as Goddess I she was represented as a young, beautiful, seductive woman. When known as Goddess O, she was portrayed as a wise old woman with the power to create and destroy the Earth.

Ao known as Quetzalcoatl, was a feathered serpent god. He’s one of the most important gods for Mayans. He is considered to be the god that shaped the world and created human beings. He thought Mayans law, agriculture, literacy, art, medicine, architecture, hunting, fishing, and other things connected to being a civilization. Huracan is the god of storms and chaos. His story is that he was residing in the endless sky and it’s one of the major Mayan gods. Huracan was regarded to be an antithetical being, and Mayans believed that he sent the Great Flood to wipe out an entire human generation and start anew. He was represented with a leg that transformed into a serpent at the end.

The god of rain. Very popular in the Yucatan region. He is portrayed with a lightning axe with which he used to strike the sky and make it rain. His appearance was portrayed with reptilian scales and fangs. As we said, Mayan gods were fluid in their representation so Chaac was often portrayed as four gods. In the late Mayan traditions, he was associated with human sacrifice.

Yum Cimil was the Mayan god of death. Quite a few gods are associated with death in the Mayan culture. Yum Cimil was portrayed as wearing a skeletal mask, protruding belly filled with rotting matter, body adorned with bones, and a neckless with eyeless sockets. In some of the stories, he is the ruler of the nine levels of the underworld Mitnal, where he takes pleasure into torturing souls.

As we previously stated, the Mayan culture is vast when it comes to their Gods, and also literally anything else. We saw that when we discussed the Mayan clothes and the Mayan color symbolism.
in Stories